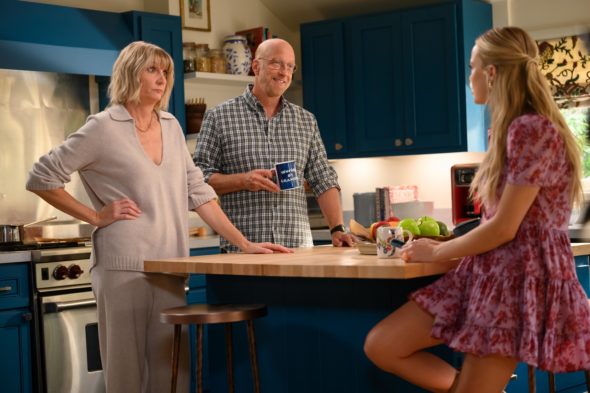 One has to wonder if Maggie knows how the first season of the Maggie TV show on Hulu ends. As we all know, the Nielsen ratings typically play a big role in determining whether a TV show like Maggie is cancelled or renewed for season two. Hulu and other streaming platforms, however, collect their own data. If you’ve been watching this TV series, we’d love to know how you feel about the first season episodes of Maggie here.

A Hulu comedy series, the Maggie TV show was created by Justin Adler and Maggie Mull. It stars Rebecca Rittenhouse, David Del Rio, Nichole Sakura, Leonardo Nam, Angelique Cabral, Ray Ford, Chloe Bridges, Kerri Kenney, and Chris Elliott. The story revolves around a young woman by the name of Maggie (Rittenhouse). Life can be tough enough but things get even more complicated when you’re a psychic like Maggie is. Her gift allows her to see into the future of her friends, parents, clients, and even random people on the street. But, when she begins to see glimpses of her own destiny after meeting an unexpected stranger, her romantic life suddenly gets a lot more complicated. Can you let yourself fall in love when you think you know how it ends? Truth be told, she probably should have seen this coming.

What do you think? Which season one episodes of the Maggie TV series do you rate as wonderful, terrible, or somewhere between? Do you think that Maggie on Hulu should be cancelled or renewed for a second season? Don’t forget to vote, and share your thoughts, below.

I’ve watched through episode 4 and so far I really like it. It’s funny, moves quickly and has a good cast. I imagine I will enjoy the rest of the season and can easily see it going a second season.