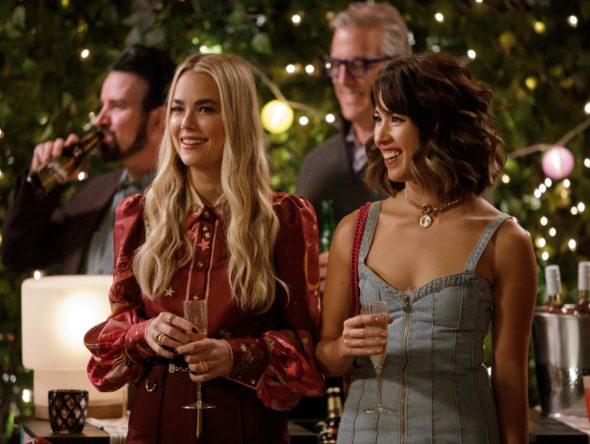 Did Maggie see this news coming? Hulu has cancelled the Maggie TV show, so there won’t be a second season. The first season of 10 episodes was released all at once on July 6th.

A comedy series, Maggie was created by Justin Adler and Maggie Mull. It stars Rebecca Rittenhouse, David Del Rio, Nichole Sakura, Leonardo Nam, Angelique Cabral, Ray Ford, Chloe Bridges, Kerri Kenney, and Chris Elliott. The story revolves around a young woman by the name of Maggie (Rittenhouse). Life can be tough enough but things get even more complicated when you’re a psychic like Maggie is. Her gift allows her to see into the future of her friends, parents, clients, and even random people on the street. But, when she begins to see glimpses of her own destiny after meeting an unexpected stranger, her romantic life suddenly gets a lot more complicated. Can you let yourself fall in love when you think you know how it ends? Truth be told, she probably should have seen this coming.

This show was ordered to series by ABC back in May 2021 and was expected to air on the alphabet network during the 2021-22 broadcast season. By January of this year, the comedy had been moved to Hulu, supposedly because ABC didn’t have room for it on the schedule. Hulu finally got around to launching the series in July, 14 months after it had been ordered. It seems that the show wasn’t a priority for either outlet.

The cancellation news was first reported by Variety.

What do you think? Did you enjoy watching the Maggie Tv series? Are you sad that this series wasn’t renewed for a second season?

Please bring it back! The diversity of actors and comedy was so on trend!!!! I loved it

Ugh. Of course. I love this show. So sad it wasn’t renewed. Watched it all in one go.

Leaving it the way they did is not cool! The characters were fun and the show was so enjoyable. In a world of so many dramatic and serious shows, this was a light, fun breath of fresh air. I thought all the roles were cast well, too. I’m super disappointed.

What the heck! This was such a cute show!!!! I want a second season

I’d have watched it on ABC. Who the hell can find any random show on Hulu (or on any streaming service, for that matter)?

O found it buried in Star on my Canadian Disney Plus. Sadly there are so many good and enjoyable shows that find their way into this filing drawer. When I saw it’s release date was less than 2 weeks earlier I had high hopes for a 2nd season. Shame.