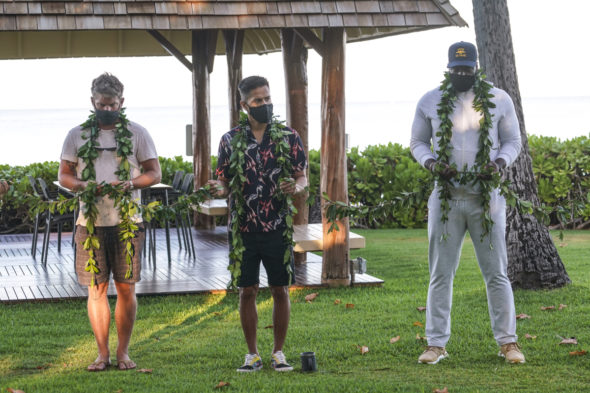 Magnum PI is getting ready for its brand new season. Production has begun on season three of the CBS reboot series and it kicked off with its traditional Hawaiian blessing. Jay Hernandez, Perdita Weeks, Zachary Knighton, Stephen Hill, Tim Kang, and Amy Hill star in the action-adventure series which films in Hawaii.

A premiere date for the third season has not yet been set but the network previously announced that the show would return sometime during the 2020-21 season.

Check out the post announcing the blessing for Magnum PI that took place below.

What do you think? Are you a fan of the current Magnum PI TV series? Will you watch season three on CBS when it debuts?

I love the new Magnum P.I. Thrilled it was
renewed for a third season!!

Yes, I like the new Magnum P. I. Wasn’t too sure at first. It’s so different from the original but it’s well done and it really works for me!

I can’t wait for the new season! Please don’t change the Friday night slot OR the charterers.

As an old time huge fan of Tom Selleck and his Magnum character, I hesitated even tuning in once the new show was announced.
BUT, as characters are developing I find myself hooked once again”gai!

Looking forward to watching the new season. Love the show.

I love Magnum PI. I can’t wait for the new season.

Yes I definitely will watch Magnum,PI. I love the series and can’t wait to see the new shows.

Yes looking forward to when it returns! Hope it comes back soon. 2020 so far has been challenging but watching Magnum puts a smile on my face!!. My other favourite was Hawaii 5-0 !! Miss the crew!

Love this show and set PVR to record all episodes.

Love this show – look forward to the new season!

Just love this show. Never miss it. I have TV setup to record every week. Been watching re-runs for quite sometime. Anxious for Season 3 to air. Great series!

Yes I’ve been vaiting for this. Love this show

Love it. Will definitely be watching