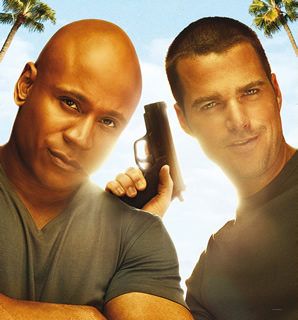 I had high hopes for this show. After all it followed up on a store line linking it with NCIS. After 4 episodes the banter between Chris O’Donnell, and LL Cool J left me a bit chilled. Guys get a room OK? And Linda Hunt is miscast on this show.

Her romantic involvement/entanglements that are supposed to be legendary are highly doubtful if not unbelievable. The rest of the cast is totally forgetful. I stopped watching after the 5th episode. .

sorry if a have a mistake in te post because I`m not very good in english, I`m bulgarian 😛

It has taken me a while to get into NCIS:LA and i really enjoy it but for me the original NCIS can not be beaten.

la is fast becoming my favourite though i often cringe at the lack of respect the la team have for a crime scene and often think on how the original ncis team would solve the case.
i find ncis la a more relaxed fun show to watch instead of the intensity to deteail that gibbs and his team offers.

Both great , and both diffrent. I love both…..

I think both are great, but gotta admit I love NCIS better. Love Gibbs, Love Tony and Ziva, Abby and Mcgee. But also gotta admit that NCIS: LA has nice technologies! Love when they drag one picture to another computer. Callen and Hanna are a good team, Gibbs team is funny and a good team! Specially when Gibbs smacks them behind their heads lol.

I watched all of NCIS LA Season 1, thrilled and excited every episode, if I saw it on TV, i would re-watch the episode there. I began to watch the original NCIS, but it bore me to death. There was some funny aspects but No. I would say NCIS LA is Definetly the better one.

Y’know, I used to love NCIS. I was freaked that NCIS: LA would totally ruin the original for me, but honestly? I like LA so much better. I love how the team works together, and their family-like structure (not that The Gibbs Team didn’t have that). But I laugh a lot more in LA, and I like a show where they can contain personal life, work life, drama, tense situations, and funny comments all in one, still showing that the characters are serious and care for what they’re doing and who they work with. And in my opinion, LA pulled… Read more »

Well if the first series wasn’t so great there wouldn’t be a spin off, I love both but if I had to choose NCIS:LA wins, I have every episode so far and I love watching it over and over again. I can’t wait till next season! NCIS I like watching on USA Network, I think the show needs something to spice it up more, like a new character (keeping the old ones too), another female agent and a new director, I don’t like Vance very much. I am a NCIS Saga fanatic!

I like both,but if I HAD to pick….it would be the original NCIS.

I think that NCIS LA is just a spin off that is going to go anywhere, NCIS on the other hand in my opinion is much more long lasting and original, I think there is no question that NCIS wins.

ncsi la is better then ncsi and I love ncsi