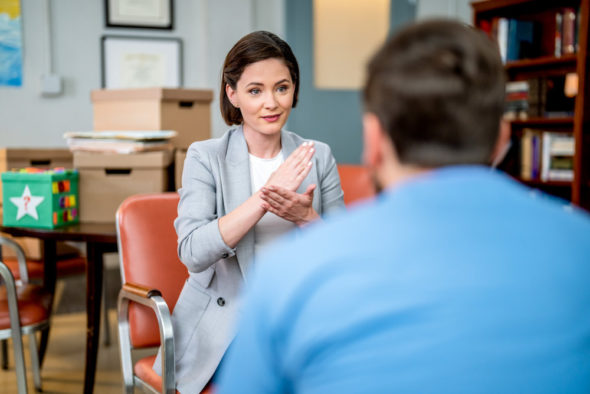 New Amsterdam ended its fourth season on NBC last night, and viewers will see more of Sandra Mae Frank during the upcoming fifth and final season. Per Deadline, she has been promoted to a series regular on the medical drama.

The following was revealed about her character and her role in the series:

“Frank, who is deaf, portrays deaf surgeon and the newest Chief of Oncology at New Amsterdam Medical Center, Elizabeth Wilder. She was first interviewed by Max (Ryan Eggold) to fill Helen’s (Freema Agyeman) position. Max then offered her his job as the hospital’s medical director, which she turned down, but went on to join the staff as Chief of Oncology.”

A total of 13 episodes have been ordered for New Amsterdam season five.

What do you think? Are you excited to see more of Frank next season on New Amsterdam?

Great for her. She is very good