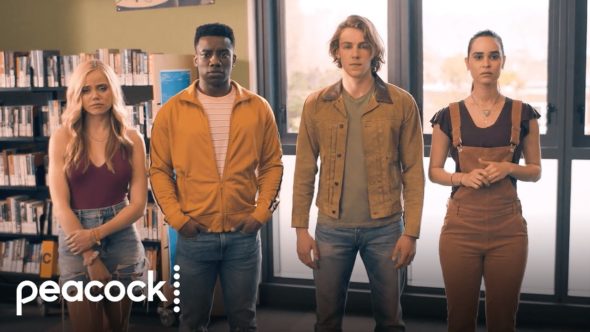 Season two of One of Us Is Lying is coming to Peacock on October 20th. The teen murder mystery series, which is based on the novel by Karen McManus, stars Marianly Tejada, Chibuikem Uche, Annalisa Cochrane, Cooper van Grootel, Jess McLeod, Melissa Collazo, Sara Thompson, and Alimi Ballard. Eight episodes are planned for the second season.

Peacock teased the following about the return of the series:

Following the heart-pounding conclusion of Season One, the Bayview Four have a very deadly secret. In Season Two we’ll see just how far they’ll go to protect their secret, themselves, and each other.

Erica Saleh, the developer of the series, said the following about One of Us Is Lying in a press release:

“When I first read Karen McManus’s novel, I was surprised and thrilled by the mystery. But what I really fell in love with, what made me want to make this show, were the characters. On its surface, One of Us is Lying is a murder mystery, and that part is thrilling to write and (I hope!) thrilling to watch. But, at its heart, this is a character drama about teenagers growing up and finding their way to live more authentic, honest lives. In the first season our heroes began as high school archetypes straight out of The Breakfast Club: The Nerd, The Jock, The Beauty, and The Bad Boy. But after witnessing a classmate die and becoming suspects in his murder, they were forced to become more honest about who they are and what they want. Over the course of the season we peeled back the layers and revealed the real, complex kids fighting to break free of these clichés. Our heroes stood up to their controlling parents, came out of the closet, left toxic relationships, dealt with the stresses of college applications… and, yes, solved a murder.

In Season Two, we continue this surprising emotional journey as our kids reckon with the thrill and fear of showing the world who they really are… while hiding a deadly secret and being tortured by the mysterious Simon Says. And we have a ton of juicy, soapy fun while we do it! The most important thing to me in writing a show for teenage audiences, is to put smart, complex, authentic characters on screen, and to take their emotions seriously. Being a teenager is thrilling, and it’s also terrifying. Figuring out who you are, and what you want is confusing and it can feel so so lonely. My greatest hope is that seeing this show will make our young audience feel more seen and less alone – and that it will make them laugh, cry, and scream at the same time. Luckily, these characters are brought to life by an ensemble of breakout stars and we are so excited for more viewers to discover this absurdly talented and gorgeous cast, and fall in love with them, as we have.”

Check out the trailer and poster teasing One of Us Is Lying season two below. 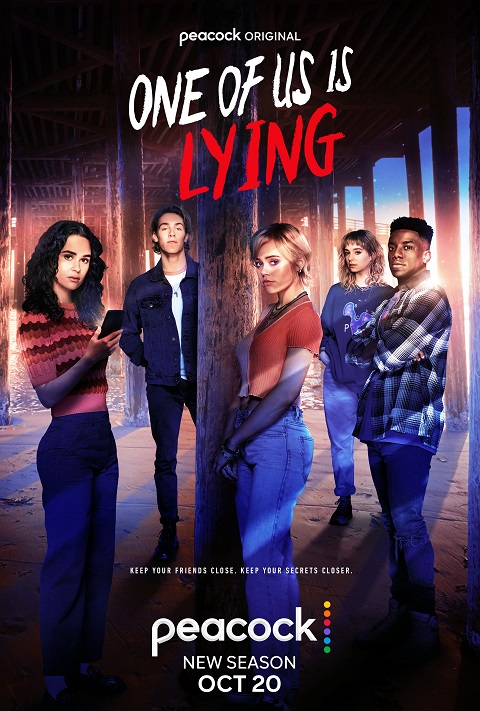 What do you think?  Did you watch the first season on Peacock? Are you excited about the second season of One of Us Is Lying?