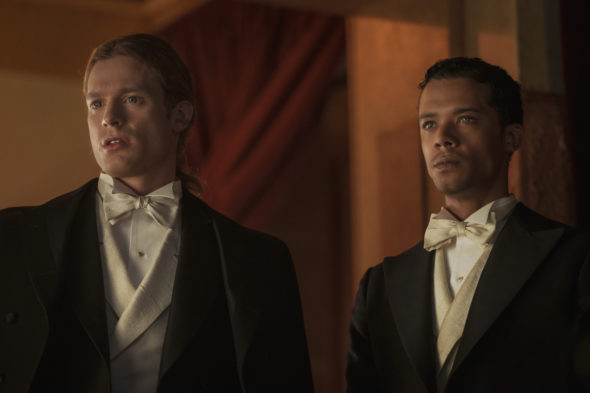 TV show description:
A dark fantasy series, the Interview with the Vampire TV show is a contemporary interpretation of Anne Rice’s 1976 novel.

Chafing at the limitations of life as a black man in 1900s New Orleans, Louis finds it impossible to resist the rakish Lestat’s offer of the ultimate escape: joining him as his vampire companion. But Louis’s intoxicating new powers come with a violent price, and the introduction of Lestat’s newest fledgling, the child vampire Claudia, soon sets them on a decades-long path of revenge and atonement.

What do you think? Do you like the Interview with the Vampire TV show? Do you think it should be cancelled or renewed for another season?