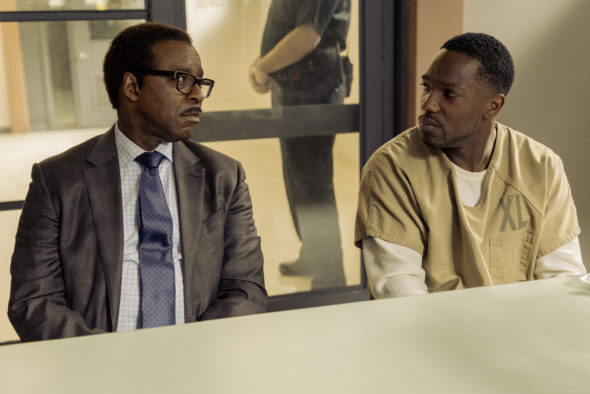 In the story, Moses Johnson (Cole) is a promising, black high school athlete, who is swept up in the infamously corrupt Chicago criminal justice system. Taken by the police as a supposed gang member, he finds himself in the eye of the storm as police and prosecutors seek revenge for the death of an officer during a drug bust gone wrong.

Franklin Roberts (Vance) is a public defender in the twilight of his career who’s serving the busiest courthouse in America. After promising his wife he’d retire to spend more time with their 17-year-old autistic son, Franklin realizes Moses is the case of a lifetime — one that can upend the entire Chicago judicial system and challenge the institutional racism and endemic corruption at its heart.

The series was informed by deep research into the city’s history, as well as the personal experiences of executive producer-writer J. David Shanks. He grew up as a young Black man on the South Side and later became a Chicago police officer before entering the world of film and television.

What do you think? Do you like the 61st Street TV show? Do you think it should be cancelled or renewed for another season?