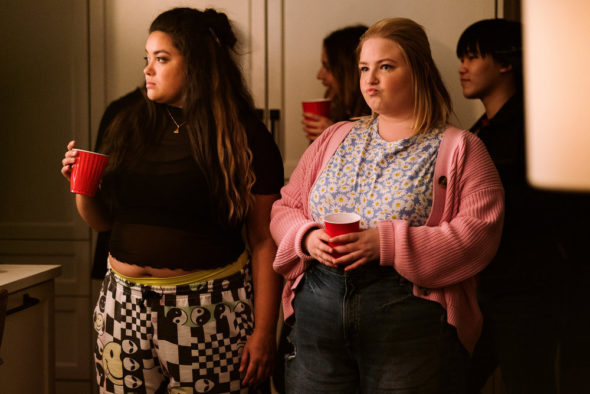 The story revolves around a pair of BFF teens. Lilly (Aucoin) is sweet-natured and intuitive with a passion for investigative photography. Meanwhile, Astrid (Morrison) is bold and unfiltered with a knack for “sciencey” gadgets.

High school is hard enough when you’re different, but when these outcasts accidentally crack open a portal to a terrifyingly quirky monster dimension, it gets a lot more complicated.

With some help from an extra-dimensional monster hunter named Brutus (Renaud), it’s up to Astrid and Lilly to vanquish the creepy creatures and save the world, becoming the badass heroes they were meant to be. That is, if they can survive the horrors of high school.

What do you think? Do you like the Astrid & Lilly Save the World TV show? Do you think it should have been cancelled or renewed for a second season?