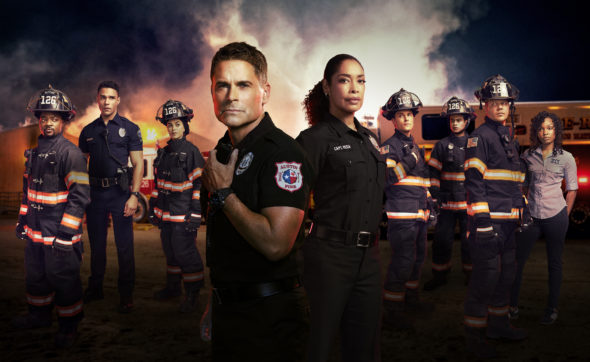 How big will the emergencies get? Has the 9-1-1: Lone Star TV show been cancelled or renewed for a fourth season on FOX? The television vulture is watching all the latest cancellation and renewal news, so this page is the place to track the status of 9-1-1: Lone Star, season four. Bookmark it, or subscribe for the latest updates. Remember, the television vulture is watching your shows. Are you?

The third season of 9-1-1: Lone Star averaged a 0.62 rating in the 18-49 demographic and 4.82 million viewers in the live+same day ratings (includes all DVR playback through 3:00 AM). Compared to season two, that’s down by 28% in the demo and down by 12% in viewership. While these numbers don’t include further delayed or streaming viewing, they are a very good indicator of how a show is performing, especially when compared to others on the same channel. There can be other economic factors involved in a show’s fate, but the higher-rated series are usually renewed and the lower-rated ones are cancelled. Find out how 9-1-1: Lone Star stacks up against other FOX TV shows.

Will FOX cancel or renew 9-1-1: Lone Star for season four? Both 9-1-1 series have been very successful for the network so I have no doubt that Lone Star will be renewed. I’ll update this page with breaking developments. Subscribe for free alerts on 9-1-1: Lone Star cancellation or renewal news.

What do you think? Are you glad that the 9-1-1: Lone Star TV show has been renewed for a fourth season? How would you feel if FOX had cancelled this TV series, instead?

This season started out very good! Most of the recent episodes have been like a soap opera! Not good!

Please renew 911Lonestar!!! The ensemble cast is diverse and entertaining and a break from a lot of the reality TV and game shows that seem to take up a lot of space on Network TV. It’s formulaic but fun to watch. Please don’t take it away. Thanks!!!

Please renew 911 Lone Star for season 4. Love ALL the characters! Great show, I don’t miss an episode. Please give us more seasons!

I absolutely LOVE this show!!! The cast blends well & the story lines are. excellent. This is the best show FOX has to offer.PLEASE RENEW THIS SHOW!!!

Keep the regular 911 and ditch Lone Starr 911… alternative to keeping Lone Star would be to replace Rob Lowe! He is the worst on & off the screen!