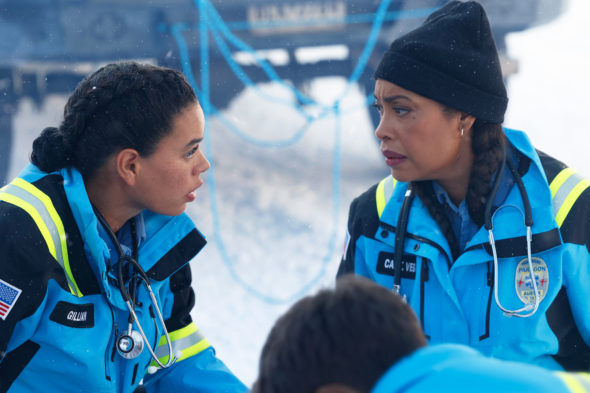 How hot will the action get on the third season of the 9-1-1: Lone Star TV show on FOX? As we all know, the Nielsen ratings typically play a big role in determining whether a series like 9-1-1: Lone Star is cancelled or renewed for season four. Unfortunately, most of us do not live in Nielsen households. Because many viewers feel frustrated when their viewing habits and opinions aren’t considered, we invite you to rate all of the third season episodes of 9-1-1: Lone Star here. *Status Update Below.

What do you think? Which season three episodes of the 9-1-1: Lone Star TV series do you rate as wonderful, terrible, or somewhere between? Do you think that 9-1-1: Lone Star should be cancelled or renewed for a fourth season on FOX? Don’t forget to vote, and share your thoughts, below.

Such a great show! Kudos for taking on the tough subject matter, and for creating such beloved characters!

Absolutely love 911 Lone Star and 911. I hope both receive renewals. The cast and story lines are really great!!! PLEASE RENEW!!

I really hope both shows get renewed ,I look forward to watching them on Monday night .

9-9-1 Lone Star is one of my two favorite shows. Please renew it!

I like this show but there is too much personal stuff in it with the characters involved in their own issues. Why can’t writers stick to stories. This is a show about supposed disasters and sometimes it feels like a soap opera.

Love this season. Looking forward to a 4th season, always love watching the show. I’ve gotten really into this show and 911. Please bring both back for another season fox

This is a great show so excited for part 2 !!! Really hoping Matao will live

It was a great opening episode; I look forward to part 2. I hope this series is not cancelled.

Can’t wait to see it next monday. That could be scary.