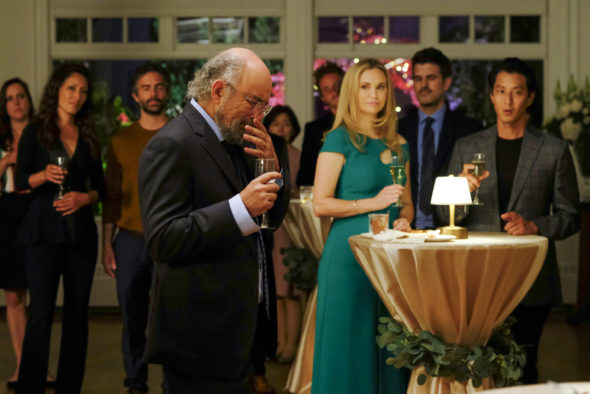 Is wedded bliss in Shaun’s future in the fifth season of The Good Doctor TV show on ABC? As we all know, the Nielsen ratings typically play a big role in determining whether a TV show like The Good Doctor is cancelled or renewed for season six. Unfortunately, most of us do not live in Nielsen households. Because many viewers feel frustrated when their viewing habits and opinions aren’t considered, we invite you to rate all of the fifth season episodes of The Good Doctor here.  *Status Update Below.

What do you think? Which season five episodes of The Good Doctor TV series do you rate as wonderful, terrible, or somewhere between? Do you think that The Good Doctor should be cancelled or renewed for a sixth season on ABC? Don’t forget to vote, and share your thoughts, below.

The season finale was going so good, until the end…..WHY did they need the violence???

5/09 episode, terrible, must be running out of story ideas

It was Clair’s, AKA antonia thomas, idea to leave Good Doctor.
Regrets it now?

I just wonder what the writers had in mind when they wrote the 3-28-2022 episode. That episode placed me in a position I will not view the show anymore. Why? Hey if I want to watch a pornographic movie I will rent one. This episode really stepped out of line. Sorry….the movie industry needs to clean up their act.

The episode where Salen had to throw in the towel was done poorly and unrealistically
In reality since Salen bought the hospital the hospital would have to buy it back from Salen or take over her mortgage or loan
None of that was brought out
Also seeing Salem’s personality, it doesn’t look like she would take being pushed out lying down without a fight
The drama would have been more intense if there was some legal battle.