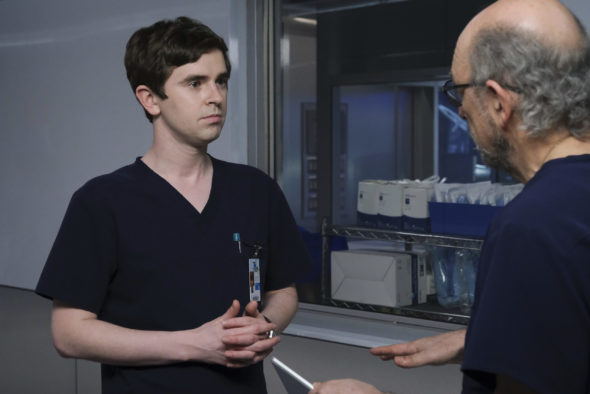 The Good Doctor is adding to its cast for season six. Brandon Larracuente (13 Reasons Why) and Savannah Welch (SIX) are joining the upcoming 2022-23 season of the ABC medical drama as two new interns at the hospital.

Deadline revealed more about the cast additions to the ABC series:

“Larracuente will play Daniel (aka Danny). In the hospital, he is known to charm doctors and nurses alike, even with his interest in somewhat controversial alternative medicine. Outside of the hospital, he is a bit of a lone wolf and an intriguing mystery to his co-workers.

Welch will play Danica (aka Danni). She is an Annapolis graduate, having completed medical school in the Navy. Danni is charismatic, ethical to a fault, and competitive both inside and outside the hospital. She’s mature beyond her years and surprisingly comfortable defying authority, which is certain to stir up some drama.”

The two will appear in the premiere of season six next fall. An exact premiere date for the new season of The Good Doctor will be announced later.

What do you think? Are you excited to see some new faces on The Good Doctor on ABC this fall?

Great show! Looking forward to the new season, I’m sure these 2 will be fun to watch!