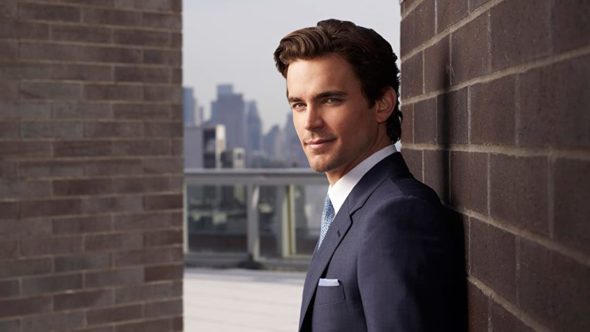 Matt Bomer has a new Showtime drama on the way. The actor will executive produce and star in Fellow Travelers for the cable channel. He is perhaps best known for his role on White Collar, but his recent regular series work includes HBO Max’s Doom Patrol and the third season of USA Network’s The Sinner.

Showtime revealed more about the upcoming limited series in a press release.

“SHOWTIME announced today that Emmy nominee and Critics Choice Award winner Matt Bomer (The Normal Heart, The Boys in the Band) will star in the limited series FELLOW TRAVELERS, which he will executive produce with Oscar nominee Ron Nyswaner (Philadelphia) and Robbie Rogers (All American, My Policeman). Daniel Minahan (Halston, American Crime Story: Versace) will executive produce and direct the first two episodes. Co-produced by Fremantle with SHOWTIME, FELLOW TRAVELERS will go into production this July in Toronto. The announcement was made today by Gary Levine and Jana Winograde, Presidents of Entertainment, Showtime Networks Inc.

Based on the novel by Thomas Mallon, FELLOW TRAVELERS is an epic love story and political thriller, chronicling the volatile romance of two very different men who meet in the shadow of McCarthy-era Washington. Bomer will play handsome, charismatic Hawkins Fuller, who maintains a financially rewarding, behind-the scenes career in politics. Hawkins avoids emotional entanglements – until he meets Tim Laughlin, a young man brimming with idealism and religious faith. They begin a romance just as Joseph McCarthy and Roy Cohn declare war on “subversives and sexual deviants,” initiating one of the darkest periods in 20th-century American history. Over the course of four decades, Hawk and Tim cross paths through the Vietnam War protests of the 1960s, the drug-fueled disco hedonism of the 1970s and the AIDS crisis of the 1980s, while facing obstacles in the world and in themselves.

“As a thrilling and deeply moving exploration of character and American life in the latter half of the past century, FELLOW TRAVELERS shines an unprecedented light on stories that are as urgent today as ever,” said Winograde. “The series delivers us directly into an insider world of Washington rife with national consequences, while drawing out the intimate moments that are profoundly personal and often heartbreaking. We are beyond thrilled to have Ron, Matt, Robbie and Daniel take us on this suspenseful and romantic journey.”

A premiere date and additional cast will be announced at a future time.

What do you think? Are you planning to check out Fellow Travelers on Showtime?

Anything with Matt Bomer in it, is okay with me!

I can’t wait for this series to air. I am a huge fan of Matt Boxer’s work.