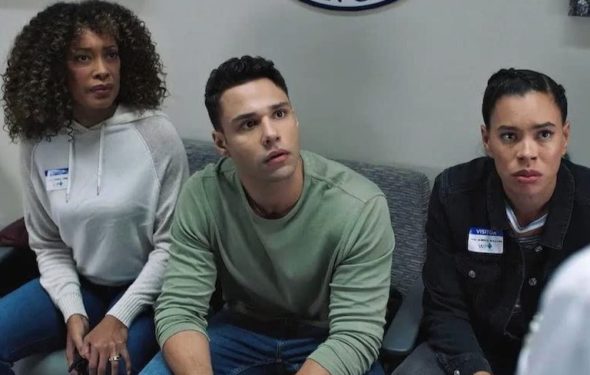 9-1-1: Lone Star returns to FOX later tonight, 9-1-1 will be back later this season, and viewers could see a second spin-off join the franchise at some point. The two Monday night shows follow the first responders in Austin, Texas and Los Angeles, California.

Michael Thorn, President of Entertainment at the network, said the following about the possibility of a third 9-1-1 series, per Deadline:

“If there’s a way where we could continue to build on the momentum and find another way to both preserve all these amazing qualities of the concept, but differentiate it from 9-1-1 and Lone Star, we would absolutely consider that if and when the producers are ready.”

Ryan Murphy, Brad Falchuk, and Tim Minear are behind the two drama series.  Both 9-1-1 series have done very well for FOX in the ratings and have often been the network’s highest-rated scripted shows.

What do you think? Would you watch a third 9-1-1 series, perhaps set in another city?

Love the idea for another spin-off

Yes most definitely. Love this type of shows

Yes, definitely. We love both shows.

Yes I would watch another spin off to see if its good. Out of the two currently I like 9-1-1 the very best.