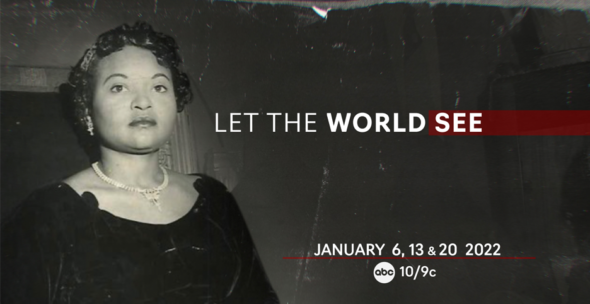 The first season of the Let the World See docu-series is a companion to the Women of the Movement drama which itself was conceived as a close-ended show. If the latter is renewed for a second season, possibly to dramatize another true story, could Let the World See also return? Stay tuned.

A documentary series, the Let the World See TV show comes from ABC News. The first season chronicles Mamie Till-Mobley’s fierce quest for justice that sparked the civil rights movement following her son Emmett Till’s brutal murder. The program is a deep examination of Till-Mobley’s fight to bring her son’s body home to Chicago and her pivotal yet heartbreaking decision to have an open-casket funeral for the public to see, which ultimately served as a turning point for the civil rights movement. The docu-series also traces Till-Mobley’s journey back to the Jim Crow South to face her son’s murderers in court. The program illustrates how the Till family has continued her legacy since her death in 2003.

What do you think? Do you like the Let the World See TV series on ABC? Should it be cancelled or renewed for a second season?