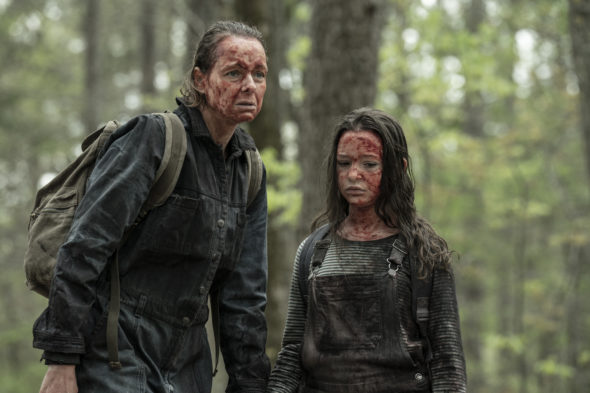 TV show description:
A post-apocalyptic horror drama anthology series, the Tales of the Walking Dead TV show was created by Scott M. Gimple and Channing Powell. It’s a spin-off of The Walking Dead and the fourth series in the franchise.

The show’s standalone episodes focus on both new and established characters within the walker apocalypse. Each episode has its own tone and point of view. The stakes are high in each story, pushing characters with relentless, life-threatening choices and situations. Viewers are shown the apocalypse through different eyes, discovering more worlds, mythos, and mysteries of the Walking Dead.

What do you think? Do you like the Tales of the Walking Dead TV show? Do you think it should be cancelled or renewed for another season?

The first episode with Terry Crews was disappointing. Love him as a host and a person but he can’t act. It was really bad. Hoping the episode with Alpha will be better.

reminds me of a better episode of Creepshow