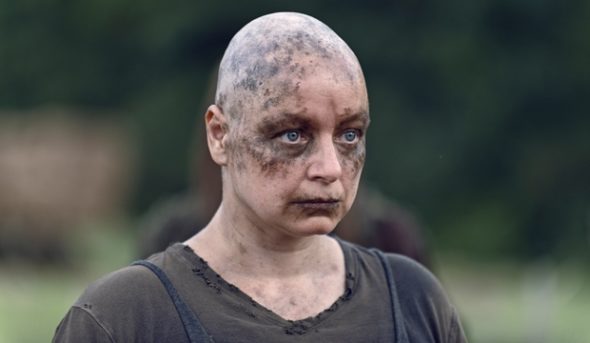 Tales of the Walking Dead has added its first actor from the original series to its cast. Samatha Morton is set to star in the new anthology spin-off series coming to AMC. She appeared in seasons nine and 10 of The Walking Dead as Alpha.

“Tales of the Walking Dead, which is set to premiere in the summer, is a six-episode series of standalone stories that will feature a mix of new and familiar characters from the TWD-verse. Morton is the first actor from any of the previous Walking Dead shows to sign on; the cast also features Terry Crews, Parker Posey, Jillian Bell, Anthony Edwards, Poppy Liu, Olivia Munn, Danny Ramirez, Loan Chabanol, Embeth Davidtz and Jessie T. Usher.”

The series will arrive ahead of the third and final part of The Walking Dead. More cast additions will be announced later.

What do you think? Are you excited to see Alpha on Tales of the Walking Dead on AMC?