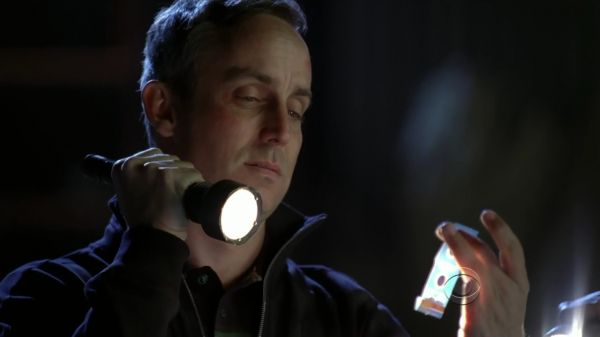 Perry Mason is adding a CSI: Vegas vet to its cast. Per Deadline, Wallace Langham is joining the cast of the HBO reboot series for season two. He’ll play “a Los Angeles native and attorney for a very wealthy oil baroness. He works well under women and acts as a caretaker when necessary.” In the drama, which is set in the 1930s, Matthew Rhys stars as famed defense lawyer Perry Mason.

“Months after the end of the Dodson trial, Perry’s (Matthew Rhys) moved off the farm, ditched the milk truck, he’s even traded his leather jacket for a pressed suit. It’s the worst year of the Depression, and Perry and Della (Juliet Rylance) have set the firm on a safer path pursuing civil cases instead of the tumultuous work that criminal cases entail. Unfortunately, there isn’t much work for Paul (Chris Chalk) in wills and contracts, so he’s been out on his own. An open-and-closed case overtakes the city of Los Angeles, and Perry’s pursuit of justice reveals that not everything is always as it seems.”

A premiere date for season two of the HBO series will be announced later.

What do you think? Are you excited to see Langham on Perry Mason? Have you checked out this drama reboot?

Yes I love perry Mason, but why just on hbo

As opposed to what? It’s an HBO production. If you want it somewhere else, wait until next year, or maybe later this year, on DVD. Any good library will let you watch the DVDs for 2 weeks or more, free.

It’s been over 2 years since Season 1, and the show was really torpedoed by its woke 2020s sensibilities. It was too distracting. Pass.