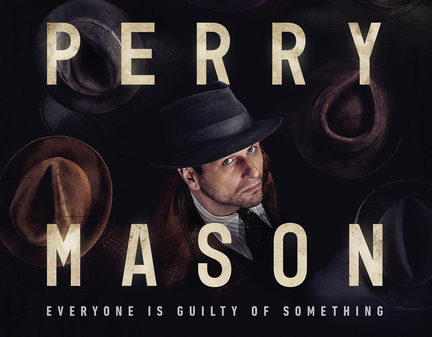 TV show description:
A detective drama, the Perry Mason TV show is a prequel that provides a reimagined origin story for the legendary criminal defense lawyer. Most viewers know the character from the 1957-66 TV show that stars Raymond Burr.

Before he became an attorney, Perry Mason (Rhys) was a low-rent private investigator in the 1930s who lived check-to-check. He’s haunted by his wartime experiences in France and suffers the after-effects of a broken marriage.

Mason is often employed by a struggling attorney named Elias Birchard “E.B.” Jonathan (Lithgow) who serves as a mentor and father figure to Mason. Della Street (Rylance) is Jonathan’s secretary who’s both creative and driven legal.

Paul Drake (Chalk) is a beat cop with a knack for detective work. Pete Strickland (Whigham) is hired by Mason as an extra set of eyes on his various investigations.

Sister Alice McKeegan (Maslany) is the leader of the Radiant Assembly of God and preaches to a hungry congregation and a radio audience across the country.

What do you think? Do you like the Perry Mason TV show? Do you think it should be cancelled or renewed for another season?