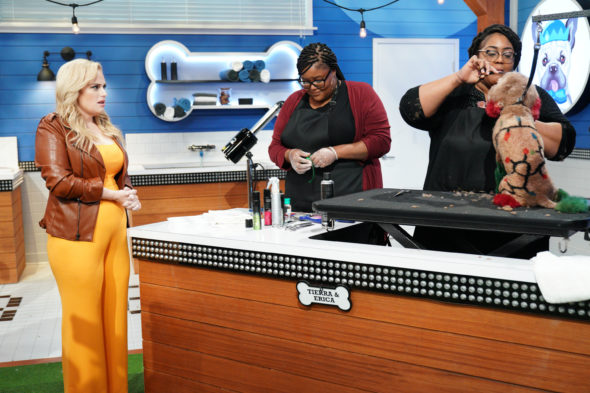 It looks like ABC might not be dog’s best friend. The alphabet network has cancelled the Pooch Perfect TV series so it won’t be back for a second season, according to Deadline. The eighth and final episode aired in May 2021.

Pooch Perfect is hosted by Rebel Wilson and judged by Lisa Vanderpump, Jorge Bendersky, and Dr. Callie Harris. This dog grooming competition series features some of the best dog groomers in the country (along with their assistants) competing in a series of themed challenges. In each episode, teams compete and try to earn immunity from elimination. Then, the teams face off with a grooming transformation. The judges are tasked with voting on the incredible creations, naming one team Best in Show, and ultimately forcing another team to go home to the doghouse. Episodes lead up to the season finale where the top three teams compete for a giant cash prize and the coveted “Pooch Perfect” first place trophy.

The first season of Pooch Perfect averaged a 0.43 rating in the 18-49 demographic and 2.58 million viewers. It was one of ABC’s lowest-rated unscripted series during the regular 2020-21 season. Of 23 shows, it ranked 19th in the demo and 20th in viewers.

What do you think? Did you enjoy the first season of the Pooch Perfect TV series? Were you planning to watch a second season on ABC?

Stupid show.. Glad it is canceled.