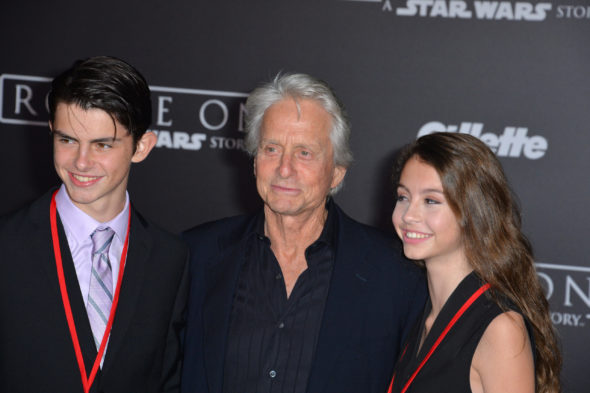 Reagan & Gorbachev has its leading men. Michael Douglas (above, center) will play President Ronald Reagan and Christopher Waltz will star as Mikhail Gorbachev, the last leader of the Soviet Union, in the upcoming series. The show will revolve around the historic 1986 Reagan-Gorbachev summit in Iceland. The historical drama is coming from Paramount Television Studios, but a home for the series has not yet been found.

“The series tells the dramatic account of the historic 1986 Reagan-Gorbachev summit in Iceland, the definitive weekend that was the key turning point in the Cold War — from the vantage point of Reagan’s arms control director. The leaders met for a 48-hour summit in Reykjavik.

Planned as a short, inconsequential gathering to outline future talks, the meeting quickly turned to major international issues, including the Strategic Defense Initiative and the possibility of eliminating all nuclear weapons. Those negotiations laid the groundwork for the most sweeping arms accord in history the following year. It was a weekend that changed the world, and the series provides an honest and up-close portrait of Reagan at one of his finest and most challenging moments, per its makers.”

What do you think? Would you like to watch Reagan & Gorbachev when it eventually premieres?

Yes, I would definitely like to see the series on Reagan/Gorbachev. Hopefully, it will be the true story and not “make believe “ history.

It sounds like it will be a great series.