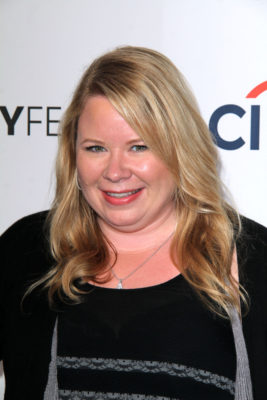 The CW is bringing in the big guns for their latest reboot. Deadline reports The Originals creator Julie Plec will direct the network’s Roswell reboot pilot.

The original series followed a group of teens who live in the small town of Roswell, New Mexico—the site of the famous UFO incident. The cast included Shiri Appleby, Jason Behr, Katherine Heigl, Brendan Fehr, Majandra Delfino, Nick Wechsler, William Sadler, Colin Hanks, and Emilie de Ravin. The show ran on The WB from 1999-2001 and then switched to UPN for the 2001-2002 season.

The CW‘s Roswell reboot comes from Carina Adly MacKenzie and follows the daughter of undocumented immigrants who “discovers a shocking truth about her teenage crush who is now a police officer: He’s an alien who has kept his unearthly abilities hidden his entire life.”

What do you think? Have you seen the original Roswell series? Would you watch the CW reboot?

Like always screw you Plec! Plenty of fanfiction writers that can and have wrote better TVD stories than you would because they didn’t ignore anyone who wasn’t “Damon or Elena”. To anyone who hate this comment whatever and I know Plec ain’t going to ever read it and doesn’t even care.