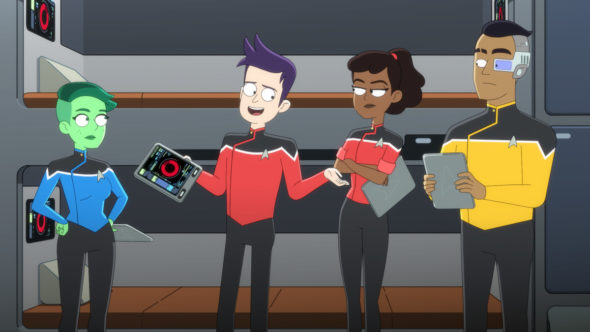 Paramount+ revealed more about season two of the animated series in a press release.

Developed by Emmy Award winner Mike McMahan (Rick and Morty, Solar Opposites), season two of STAR TREK: LOWER DECKS is bigger, funnier and Star Trekkier than ever before. Fans can expect strange new (and familiar) aliens to challenge the crews of the U.S.S. Cerritos and the U.S.S. Titan. For Mariner, Tendi, Rutherford and Boimler, the animated adventure is just beginning.

Check out the trailer for Star Trek: Lower Deck season two below.

What do you think? Are you a fan of Star Trek: Lower Deck? Do you plan to watch season two on Paramount+?