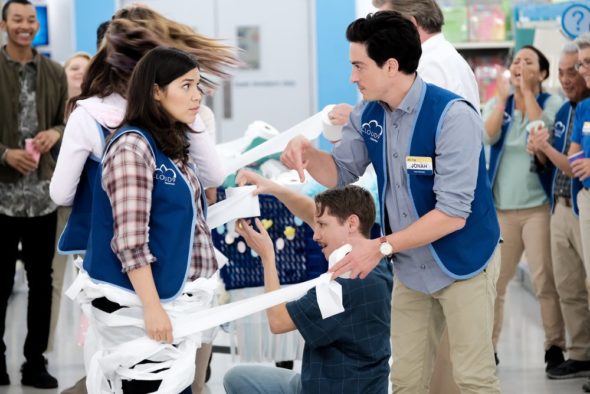 It’s not that surprising NBC has renewed Superstore. The show’s ratings have been consistently good for nearly four seasons now, with the current season averaging a .86 rating in the 18-49 demo and 3.168 million viewers.

Season four of Superstore returns to NBC on March 7th at 8 p.m. ET/PT.

What do you think? Do you watch Superstore? Are you glad it’s coming back?

It only says release date for season FOUR! what about season five??

Hasn’t been announced yet.

glad to see Superstore back for another year…who is the wiz kid in NBC scheduling sthat placed Superstore opposite Big Bang? really dumb move