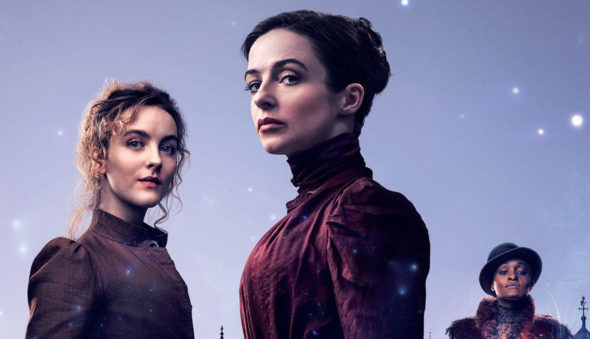 HBO revealed more about The Nevers in a press release.

“HBO drama series THE NEVERS debuts Part One of its first season with six episodes beginning on SUNDAY, APRIL 11 (9:00-10:00 p.m. ET/PT). Part Two’s six episodes will follow at a later date, to be announced. The series will air on HBO and be available to stream on HBO Max.

August, 1896. Victorian London is rocked to its foundations by a supernatural event which gives certain people – mostly women – abnormal abilities, from the wondrous to the disturbing. But no matter their particular “turns,” all who belong to this new underclass are in grave danger. It falls to mysterious, quick-fisted widow Amalia True (Laura Donnelly) and brilliant young inventor Penance Adair (Ann Skelly) to protect and shelter these gifted “orphans.” To do so, they will have to face the brutal forces determined to annihilate their kind.”

Check out a trailer for The Nevers below.

What do you think? Are you planning to check out The Nevers on HBO?

Sounds like a rehash of the story setting from Sanctuary (2008), a show on the SyFy channel way back when. CGI in that series was pretty bad, even for those days, but story-wise it was ok.

Lets hope HBO is willing to spend more on The Nevers.

Look Good syfy show i can’t wait to see it enjoy it. Look Forward something creepy too interesting mixer.