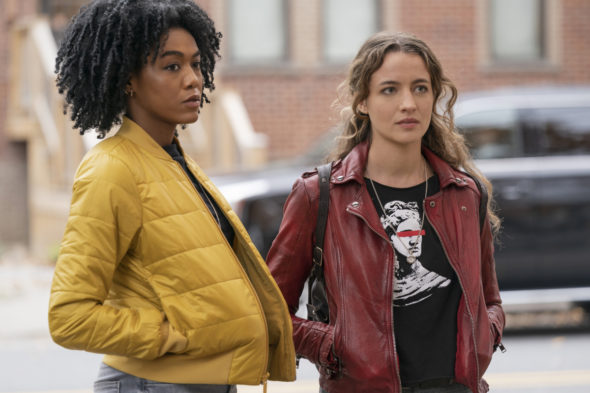 A CW drama series, The Republic of Sarah TV show was created by Jeffrey Paul King and stars Stella Baker, Luke Mitchell, Hope Lauren, Nia Holloway, Ian Duff, Forrest Goodluck, Landry Bender, Izabella Alvarez, and Megan Follows. The story begins as Greylock, New Hampshire is upended when a large quantity of coltan, a valuable metal, is discovered under the town. A state-backed mining company swoops in with plans to extract the mineral which will wipe Greylock off the map. With her loved ones in danger of losing their homes, rebellious high school teacher Sarah Cooper (Baker) vows to stop the bulldozers. There seems to be no way to stop the town’s impending demise until Sarah proposes an oddly intriguing solution: Greylock could declare independence since the town’s land was never properly claimed by the United States. With the help of Sarah’s supporters, they win the vote. Now, Sarah and her allies must confront an even more daunting task: building a country from scratch.

*9/3/21 update: The Republic of Sarah has been cancelled after one season.

So disappointed that this show may be canceled. It was a new concept and enjoyable. When will networks stop killing new shows after one season. Not fair to viewers and good actors!!!

This is a great show. But it will be cancelled because it is not “bread and circuses” for the non-thinking masses of today. We are really a lousy species and getting worse by the day with no consideration for anyone else except ourselves alone…

Really like this show I really do hope y’all bring it back!!

I love this show. The premise is so interesting. A unique story- finally. It also addresses so many important issues – climate change, addiction, immigration—- amazing. The writing is very good too. Excellent show.

I really enjoy watching the show. It keeps me wanting to come back .I love the actors and the characters they play. This show is refreshing and has alot of zest. I always look forward to seeing what’s going to happen in each episode. Please keep this show going. I totally enjoy it!!!!!

Great series holds your interest and desire for more episodes.

Has a soap opera vibe. May be better in that genre category.

Enjoying the series – keep it going!

The Republic of Sarah has great promise as a very interesting series. Every actor in the pilot were very well suited to the roles they played and did an excellent job of building the suspense of the story and their part in the plot that is developing and will enfold. Can’t wait for the next episode…