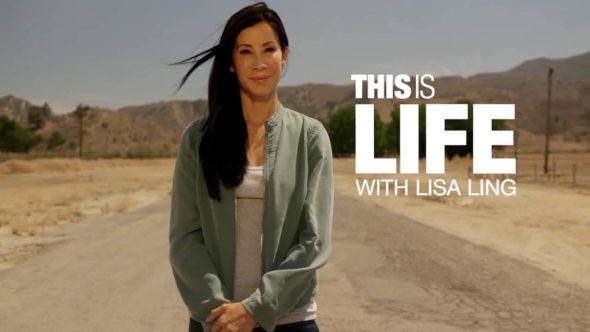 This Is Life with Lisa Ling is ending with its upcoming ninth season. The documentary series returns to CNN with a six-episode season on November 27th. Ling revealed to the Los Angeles Times that there wouldn’t be a 10th season of the series where she explores the fringes of society.

Ling said the following about the ending of the popular documentary series:

“I was hoping to get to 10 seasons, but we fell short of that. I would like to do many, many more seasons, especially right now, when we are existing in these bubbles and we follow people who espouse what we believe. In some ways, we’ve cut ourselves off from really getting to know people who might be different or think differently than we do.”

The series has been on the air since 2014, and it is ending now due to budget cuts at CNN. The cable channel said the following about the series in a statement:

“We are extremely proud of the work we produced together and with our partners at Part2 Pictures. The important seeds planted by Lisa will continue to grow at CNN as we remain committed to shining a light on underreported stories and the people who make up the fabric of America.”

As for Ling, viewers could see her in another show at a later date. She said the following:

“I’m not done. I personally don’t want to live in a nonfiction world of cooking shows and true crime. I think there is an audience for depth.”

What do you think? Did you watch this CNN show? Are you sad to learn that This is Life with Lisa Ling is ending?

So sad to hear this she is so great on this show .and good in whaof dollarst she is doing .. on any thing . . I know this not right. There is other things CNN can do .to save .money . Is cut the fat .at the top .to start with.. that will save .m…..of dollars.. I hope we can see lisa agian .. Michael…from Canada I like her show..

I’m extremely sorry to see the CNN does not have the vision to see a good show when they produce it! Her programs are always interesting and thought provoking. She never pushes her beliefs on the subject matter. This is what I would call true and honest reporting. She presents the facts and you can like or dislike the subject matter; your choice. Normally I won’t give CNN one minute of my time but this show is different. So, it’s budget cuts? Come on we all know you can find the money somewhere, somehow. Shame on CNN!

I believe CNN is really making a mistake, I’ve been watching Lisa Ling since 2014 and every year I look forward to seeing what new topics she will bring. I wish you would reconsider.

I’m surprised CNN is canceling and shuffling things around. Every decision they have made has caused me to not watch CNN at that hour.

I believe that CNN is making a huge mistake in canceling Lisa Ling’s so. In a world where there is so much hate and animosity because of the color of our skin or because of our religion, we need shows like this to help us look at life from a different perspective. Big mistake CNN!

Good on her, her shows were interesting, topical and thought provoking. CNN isn’t really what one might describe as a maker of great content, so with any luck Lisa will find her talents better utilised somewhere that she will be able to achieve ten seasons of a show.