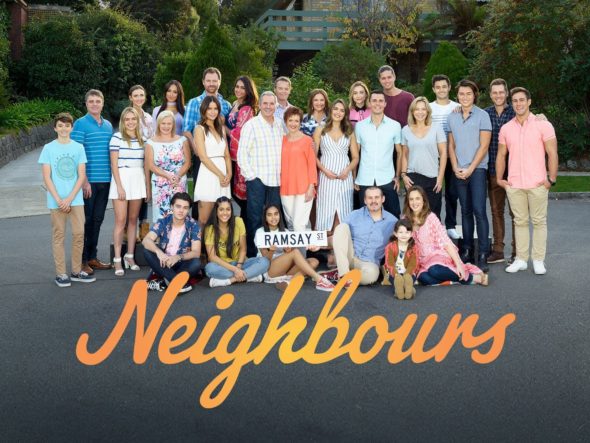 Amazon Freevee has saved another series from the grim reaper. The streaming service has revived the Neighbours soap opera, which ended its 37 year run on Australian TV screens over the summer.

The Hollywood Reporter revealed that Stefan Dennis, Alan Fletcher, Ryan Moloney, and Jackie Woodburne are among the cast members who will return to reprise their roles. The series will go back into production next year for at least one more season.

Lauren Anderson, head of AVOD original content and programming at Amazon Studios, said the following about the series:

“Neighbours has captivated its audience for nearly 40 years, building a dedicated and loyal following for the lives and stories of the characters on Ramsay Street. With the power of streaming, we’re able to offer a catalog of thousands of Neighbours episodes for new audiences to discover this legendary series and current fans to relive their favorite moments. We look forward to immersing the audience in new Ramsay Street experiences when we relaunch the show next year for Amazon Freevee and Prime Video customers.”

“Neighbours is a unique series with a powerful connection with its fans across the world. We cherish the show and all those who have been part of its incredible story over many decades, so we are thrilled that we have found a new home with Amazon Freevee. Thanks to the innovative Amazon Freevee platform, many classic episodes will be available to fans, and Neighbours will go back into full production in Australia early next year, providing our fans with new episodes,” said Jennifer Mullin, global CEO, Fremantle. “This partnership with Amazon Freevee marks an exciting new chapter, and we look forward to collaborating with them, along with our long-term and valued partner in Australia, Network 10.”

A return date for Neighbours will be announced at a later date.

What do you think? Have you watched this Australian soap opera? Are you excited about the return of this series?

Flogging a very long dead horse here aren’t they? I’d have expected this of Netflix, who afterall seem to think the world is interested in Harry & Meghan for example, but Amazon… oh dear. Will someone with some new ideas please take over this television production company, because trying to breath life into a dead and buried corpse is utterly lacking in any dignity at all.

According to Digital Spy, they were 10 storylines that were written before it got cancelled. I think the revival needs 10 storylines.
https://www.digitalspy.com/soaps/neighbours/a40908845/neighbours-axed-storylines/