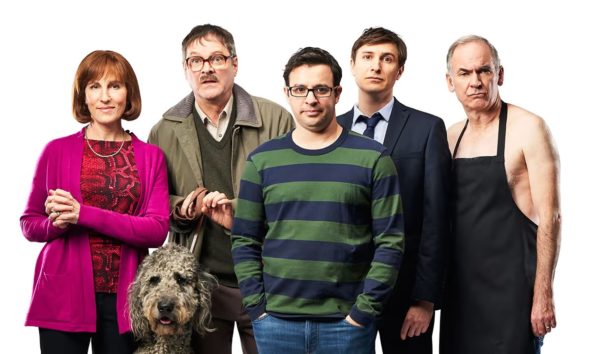 Dinner with the Parents has been ordered to series by Amazon Freevee. The show is a remake of the UK comedy Friday Night Dinner, which aired in the UK for six seasons between 2011-20. That series follows the weekly Friday night dinners of the Goodmans, a middle-class British Jewish family.

Deadline revealed the following about the plot of the upcoming Amazon Freevee series:

“The U.S. version of the half-hour single-camera comedy will follow much of this. It is centered around two brothers in their 20s go to their mom and dad’s for dinner each week and somehow get through it without actually, physically, dying of embarrassment.”

This is the fourth attempt to remake the British series for the US. In 2011, Greg Daniels headed a remake starring Allison Janney and Tony Shalhoub. It didn’t get past the pilot stage at NBC.

A premiere date and cast for Dinner with the Parents will be announced at a later date. Ten episodes have been ordered.

What do you think? Are you planning to check out Dinner with the Parents on Amazon Freevee when it eventually debuts?