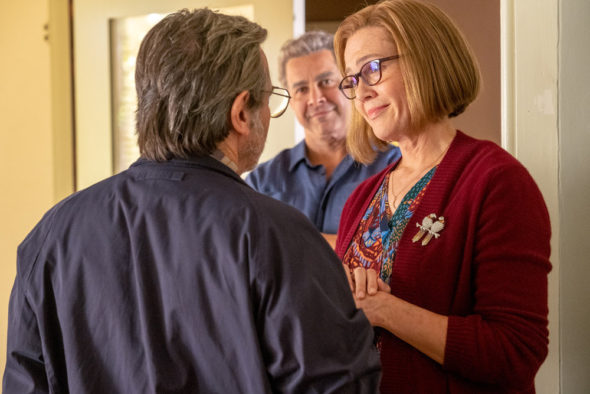 This Is Us returned for its final season on NBC earlier this week, and some viewers are wondering if some of the characters’ stories could continue in a spin-off series.

Variety posed that question to Dan Fogelman, the creator of This Is Us. Fogelman noted that he’s asked about doing a spin-off or a reboot multiple times a day and has had conversations with 20th Century TV. Though the NBC series has been very successful, Fogelman has no plans to revisit the Pearsons.

“Once you’ve seen the completion of Season 6, the stories of these characters are told. So there is no real spinoff because you kind of know everything. Is there another play for the show? I guess you’d never say never, but I don’t see it. It’s personal to me, and I don’t see myself picking this thing back up.”

What do you think? Would you want to see future spin-offs of this NBC drama or, are six seasons enough?

I loved the show, my sister and watched it together and almost every episode produced some leaky eyes. I am sad that it is ending and would love a spinoff

I watched it all along but was bored with the last season. There was too much jumping around from one age group to another of all of the characters. It was hard to follow and I lost interest and stopped watching After two or three episodes. I have no interest in a spin-off off or even a continuance, but I will say I love Milo Ventimiglia.

I have watched this show from the very beginning, and have loved every episode!!!

The best TV show and it’s ending. I hope not. A show that “makes sense” and not like the other junk on TV

I would like to see the show continue. The story of the Pearson’s growing up in the 80’s and now as adults, their relationships, and new generation of children. There’s plenty more which could be written for the show, apparently the announcement ‘final season,’ affected everyone’s morale and despite Jacks death and Rebeccas decline, it’s life, all families go through loss.
The writers should get creative with the Adult kids and their children have positive happy milestones and have reflection points, of the young Pearson’s in the 80’s as the beginning seasons.

Our lives have been tough these past two years so it is hard to watch these 40 year olds suffer the pains of everyday life, compounded by the decline of Rebecca. I don’t think we need a spin off as it would be weird to turn things around to a happy place from where we are.

Sure, so long as they rediscovered what made the first and second seasons so good. Sadly it seems the writers got bored, and it just became a little tired and not so good.

stop now, please. they killed jack off a season too early.

I think that six seasons of This is Us is enough. No spin-offs.

Boring. If i wanted to watch stuff like this, i wouldn’t need to own a tv