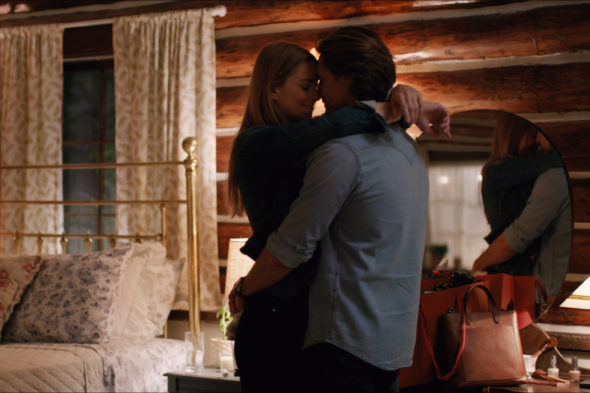 Virgin River fans have received some great news. The romantic drama has not only been renewed for one more season but two. The series will now air through at least its fifth season.

Alexandra Breckenridge, Martin Henderson, Tim Matheson, Annette O’Toole, Lauren Hammersley, Colin Lawrence, Grayson Gurnsey, and Sarah Dugdale star in the series which follows Mel Monroe (Breckenridge), a woman who moves to the small town of Virgin River after the death of her husband.

Since her arrival in town, Mel has met and fallen in love with a bar owner, but their romance has been a complicated one. Season three left fans with a lot of unfinished business.

Netflix revealed more about the renewal of Virgin River in a press release.

“Netflix has ordered 2 more seasons of the popular show, Virgin River. Starring Alexandra Breckenridge and Martin Henderson, Virgin River tells the love story of Mel Monroe (Breckenridge) who answers an ad to work as a midwife and nurse practitioner in the remote Northern California town of Virgin River, thinking it will be the perfect place to start fresh and leave her painful memories. Season 3 (launched on Netflix July 2021) left fans with more questions about the residents of this small town after a funeral, a fire, a divorce, a hurricane and a new romance.”

Additional details and premiere dates for the new seasons will be released at a later time.

What do you think? Are you excited about the renewal of Virgin River? Do you plan to watch seasons four and five on Netflix?

Wish it was on now

Yes I’ll watch next 2 seasons and hope for more afterwards! I absolutely love this Series!

VERY happy Virgin River will be back!!!

This is my favorite Netflix series. I’m looking forward to Seasons 4 & 5.

I thoroughly enjoyed this series and looking forward to many more episodes.