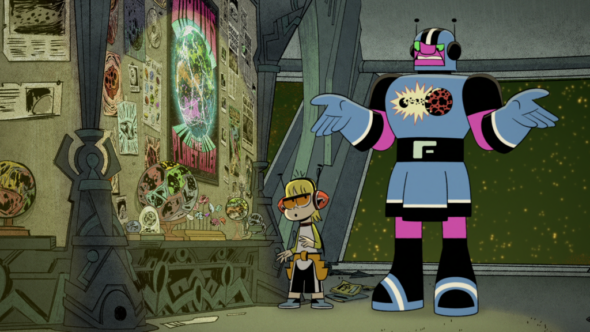 Kid Cosmic is sticking around for two more seasons. Netflix has renewed the animated kids series through its third season, per Deadline.

Kid Cosmic follows a boy who dreams of becoming a hero and actually becomes one when he finds cosmic stones on board a starship. With his friends, he fights to save his town from aliens hunting for the stones. The second season, which will premiere on September 7th, will see the boy and his friends hunting for the last stone.

Check out a trailer for Kid Cosmic season two below.

What do you think? Are you a fan of Kid Cosmic? Do you plan to watch season two and season three on Netflix?