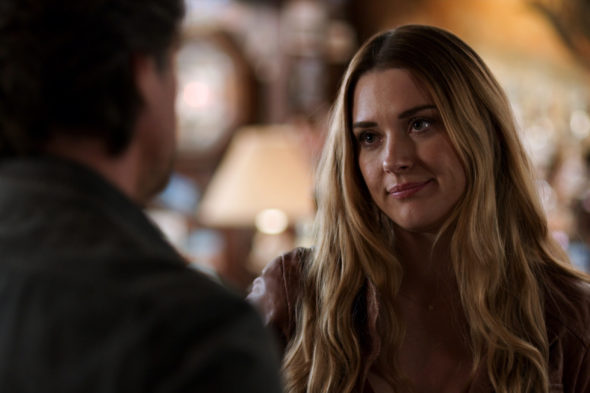 Virgin River fans have some good news just in time for Christmas. The series has been renewed for a third season by Netflix and it should return with new episodes in 2021.

In addition to the renewal, new faces will be in town when Virgin River returns to Netflix. TV Line revealed there will be two new additions to the drama series, which stars Alexandra Breckenridge, Martin Henderson, Tim Matheson, Annette O’Toole, Lauren Hammersley, Colin Lawrence, Grayson Gurnsey, and Sarah Dugdale.

The arrivals are described as follows:

“Zibby Allen (The Flash) is joining Virgin River’s third season in the series-regular role of Jack’s sister Brie, described as a ‘smart, hard-charging, ballsy’ lawyer who turns out to be ‘a whole lot of fun.’

Stacey Farber (Degrassi: The Next Generation) will also recur in Season 3 as Lilly’s daughter Tara Anderson, who helps her mother raise Chloe while her three siblings are living away from home.”

The Netflix series is based on Robyn Carr’s series of novels that follows the residents of a small town after a grieving widow (Breckenridge) moves to the area for a fresh start. Not everything is easy for Mel however and season two ended with a shooting.

Check out the video announcing the renewal below.

#VirginRiver fans — good news: the show was just picked up for a third season! pic.twitter.com/ingnnE8fP4

What do you think? Are you a fan of Virgin River? Are you excited for more of the Netflix series?

Love Virgin River and the characters. Can’t wait for it to return with Season 3!

We love this show. We all need something good to get lost in and look forward to.

I’m so excited that season three is coming soon! We love this series!

Absolutely LOVE this series!! So many story lines and can’t wait to see where things go with Mel and Jack. I’ve watched Season 1 & 2 over and over again. Can’t wait for Season 3!!

I love this show! I renewed my Netflix subscription because of it! Great chemistry!❤️

Love this series! It’s so good, that I bought the books by Robyn Carr, but then decided NOT to read them so as not to spoil the Netflix series! (I’ll read them after Netflix is finished with them)!