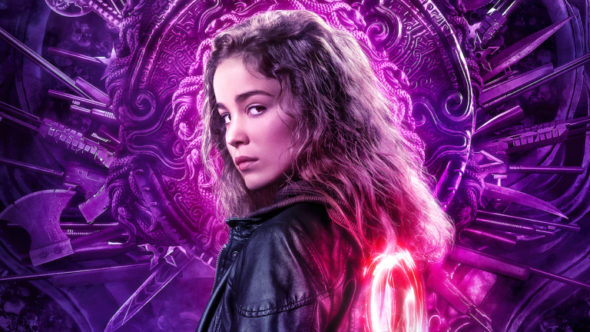 Netflix has announced a premiere date for season two of Warrior Nun. Alba Baptista, Toya Turner, Thekla Reuten, Lorena Andrea, Kristina Tonteri-Young, and Tristan Ulloa star in the supernatural series which is based on the comic book and was created by Simon Barry.

Debuting in July 2020, Warrior Nun follows a 19-year-old woman named Ava Silva (Baptista) who wakes up in a morgue with a new lease of life and a divine artifact embedded in her back. She discovers she is now part of the ancient Order of the Cruciform Sword that has been tasked with fighting demons on Earth, and powerful forces representing both heaven and hell want to find and control her.

Netflix revealed more about season two, which will arrive on November 10th, in a press release:

Ava and the Sister-Warriors of the OCS must find a way to defeat the angel, Adriel, as he attempts to build his following into the dominant religion on the planet.

Check out the trailer for Warrior Nun season two below.

What do you think? Are you excited to see season two of  Warrior Nun on Netflix?

Been waiting on this for TWO freaking years. Finally!