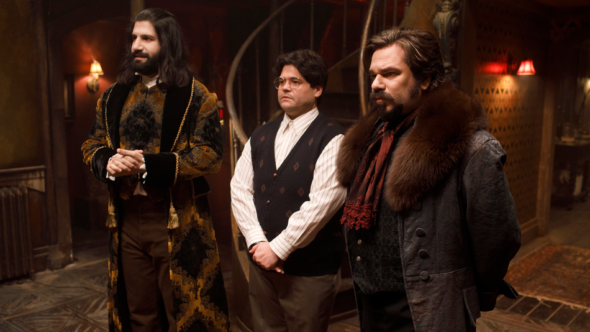 What We Do in the Shadows is returns with its second season next month, and now fans are being given a look at the next season. A trailer has now been released.

The FX comedy stars Matt Berry, Kayvan Novak, Natasia Demetriou, Harvey Guillén, and Mark Proksch, and it follows three vampires that have been living together for the last 100 years.

Fans will have a special treat during the second season. Per Deadline, Mark Hamill will appear as a guest star on the series during the upcoming season.

Check out the trailer for What We Do In The Shadows below. The series will premiere on April 15.

Very happy that WWDITS is coming back. And El Es Spookys too! Looking forward to Upload as well.im enjoying 5th Avenue very much as well. Bring on the comedy!