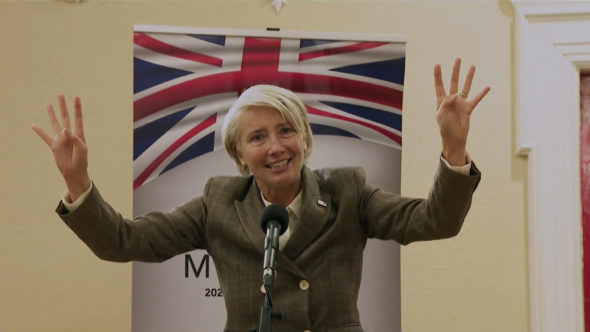 “God knows we need to shake things up.” HBO has released the premiere date and a new teaser for their upcoming TV show, Years and Years.

From Russell T. Davies, the drama series “is an epic saga that takes an ordinary family and catapults them through the next 15 years. As society changes, faster than ever, the Lyons will experience everything we hope for in the future, and everything we fear.” The cast includes Emma Thompson, Anne Reid, and Rory Kinnear.

YEARS AND YEARS follows the members of one family as their complex lives converge on one crucial night in 2019, when Britain is rocked by political, economic and technological advances. Rory Kinnear, Russell Tovey, Jessica Hynes, Ruth Madeley and Anne Reid star, along with Emma Thompson, who plays an outspoken celebrity turned political figure whose controversial opinions divide the nation.

What do you think? Are you a fan of Emma Thompson? Will you watch her new TV show?