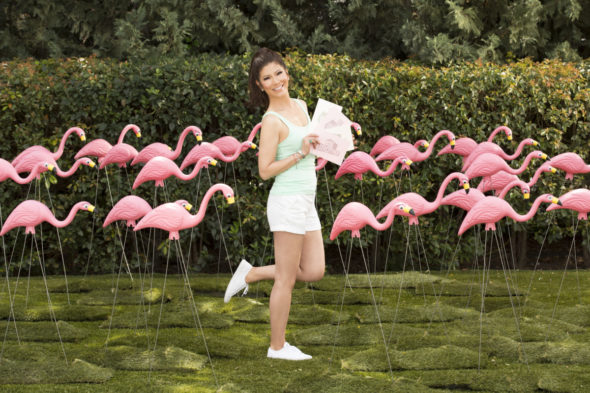 Are you still watching? Will you be able to? Is the Big Brother TV show cancelled or renewed for a 21st season on CBS? The television vulture is watching all the latest TV cancellation and renewal news, so this page is the place to track the status of Big Brother, season 21. Bookmark it, or subscribe for the latest updates. Remember, the television vulture is watching your shows. Are you?

Big Brother follows a group of people living together in a house outfitted with 94 HD cameras and 113 microphones, recording their every move 24 hours a day. Each week someone is voted out of the house. The last remaining Houseguest wins the grand prize of $500,000.

The Thursday editions averaged a 1.49 in the demo with 5.34 million viewers. Compared to Thursday episodes from season 19, that’s down by 18% and 11%, respectively.

The Sunday editions averaged a 1.48 in the demo with 5.44 million viewers. Compared to Sunday episodes from season 19, that’s down by 17% and 11%, respectively.

Find out how Big Brother stacks up against the other CBS TV shows.

Will CBS cancel or renew Big Brother for season 21? It has long been one of the best performing summertime shows on CBS, so unless it all falls apart this season, Big Brother is unlikely to be cancelled. We already know that a celebrity edition will air this winter. I’ll keep an eye on the Nielsens and update this page, as more ratings dating rolls in. Subscribe for free Big Brother cancellation or renewal alerts.

5/20/19 update: CBS has confirmed that Big Brother has been renewed for a 21st season.

What do you think? Are you glad that CBS has renewed its Big Brother TV show for season 21? How many more seasons do you think this TV series has in it?

This is the worst show in the history of tv . CBS should be embarrassed to air it .

I think CBS should be embarrassed to air this . It is the worst thing that has ever been on TV . Ever !

My mom and I look forward to watching big brother every season. You can cancel anything you want but if you cancel our summer fun show or get rid of Julie chin, then you might as well take CBS all together. Julie chin was why I watched the talk and definitely the big brother show. I don’t think anyone can compare to her. I can’t wait for June to come ever year to watch BB. I say Julie chin should be the new CEO of CBS if her husband was fired and why she left the talk. I doubt the… Read more »

What happened I heard at the end of big brother 20 that season 21 was already renewed. Now it not renewal or cancelled yet in May 13. What

A renewal hasn’t been officially announced yet.

Please renew BIG BROTHER!! I have been waiting all winter for it to come back on! I look forward to May for Big Brother!!!! PLEASE, PLEASE, PLEASE RENEW IT!

Why the hell wouldn’t you renew the show?

They should sign and keep running BB for twenty more years and have 40th reunion.
Bringing back the winners for where are they now series.

Please renew Big Brother. I’ve been watching since season 1 and I’m completely still obsessed, as is alot of people. I look forward to it every year! It’s an icon

Yes, I always look forward to seeing BB, one of my favorite shows on TV, I would love to see some of the returning guests, my husband and I watch it together