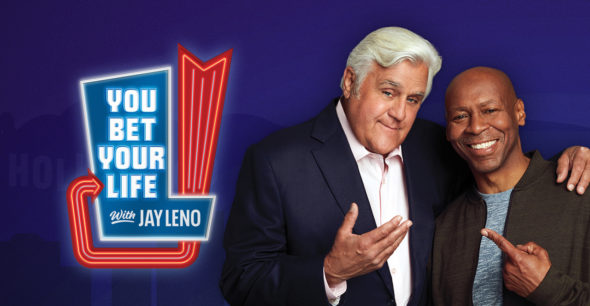 Fox Corp. has renewed four syndicated shows — You Bet Your Life, 25 Words or Less, Dish Nation, and Divorce Court — through the 2022-23 season.

Stephen Brown, EVP of Programming for Fox Television Stations, said the following about their programming, per Deadline:

“Fox First Run’s main priority is to focus always on our audience first, by allowing them to appear, contribute, play and win. All of our programming, both present and in development, has two key elements–extensive interactivity and pure entertainment.”

The revival of You Bet Your Life premiered earlier this year on Fox-owned stations across the country. Jay Leno returned to daily television by stepping into the role of host for the game show with former Tonight Show bandleader Kevin Eubanks returning to work with him. Groucho Marx hosted the original series in the 1960s.

Also a game show, 25 Words or Less premiered in Fall 2019 and it is hosted by Meredith Viera. A celebrity news and pop culture commentary series, Dish Nation has been on the air for 10 years and is hosted by various personalities nationwide. Divorce Court is the longest-running court show on television with 23 seasons on the air. Faith Jenkins presides over the proceedings.

What do you think? Are you excited to see new seasons of You Bet Your Life, 25 Words or Less, Dish Nation, and Divorce Court?

You are crazy for canceling Good Dish!!!!?

YOU BET YOUR LIFE is one of the funniest and totally enjoyable shows that puts such a smile on your face that is a perfect way to end your day and go to sleep in a perfect mood. Thank you Jay Leno and Kevin Eubanks….you both had been sorely missed in late night.