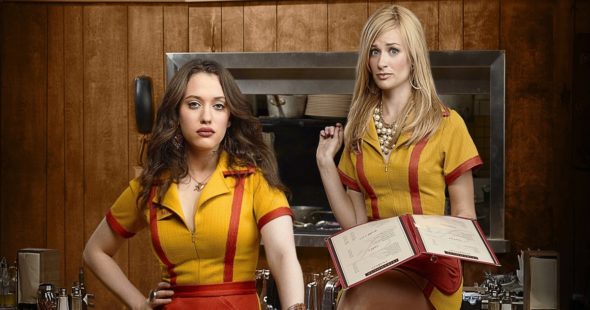 2 Broke Girls aired for six seasons on CBS, and one of the creators of the series, Whitney Cummings, would love to revive the sitcom. She has ideas for what could come next for the characters played by Kat Dennings and Beth Behrs. The sitcom followed the lives of two waitresses and their co-workers and friends.

Per Us Magazine, Cummings said the following about the possibility of a revival of the CBS sitcom:

“I was actually talking to [fellow cocreater] Michael [Patrick King] — we were on a hike — about a musical, like, a Broadway musical or a reboot. I hope so. I would love it so much. Warner Brothers should do it, unless they hate money.”

As for the plot, a revival could see the friends at odds with one another. Cummings said the following about the plot of a 2 Broke Girls revival if it happened:

“I’m seeing a lot of friends of mine start companies and podcasts and stuff together, and then [it has] totally destroyed their personal relationship. I think Michael Patrick King might kill me, but one of my pitches would be that they start a business. Their cupcake business finally takes off … and then they have a money dispute. Or [fight over] is it 50/50, but I’m doing more than you and you hired that person. I would like to see their friendship get tested.”

What do you think? Are you a fan of 2 Broke Girls? Would you like to see the sitcom return in some form?

Plllllllleeaaasssseee bring 2 Broke Girls back..I was so invested in the show, and how could it seriously end with Max getting engaged.. we need more!

Hello gay guy from west Des Moines,Iowa wants more episodes of two broke girls there like my sister’s or really close friends I need them back in my life like we needed our m.t.v.back they still need more videos. This show could and would be a bigger hit then it was,throw this one back at us please Iowa needs them.

Yes im a big fan of the show please bring it back.