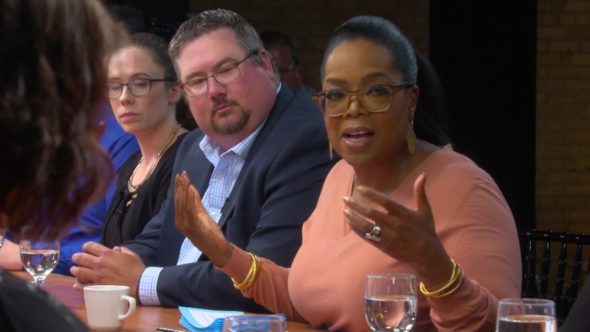 60 Minutes is celebrating a major milestone when it premieres its new season next week. The premiere will mark the premiere of its 50th season on the air.

CBS revealed more about the special milestone in a press release. Check that out below.

“60 MINUTES will begin its golden anniversary season as the most successful, most watched and honored television broadcast in American history when it premieres for the 50th time on the CBS Television Network on Sunday, Sept. 24 (7:30-8:30 PM, ET/PT).

The National Academy of Television Arts and Sciences will honor 60 MINUTES with a 50th anniversary tribute recognizing its contribution to television journalism at its Emmy Award ceremony on Oct. 5 in New York City.

60 MINUTES will mark the milestone with an hour-long broadcast in November.

The first story from new 60 MINUTES special contributor Oprah Winfrey is scheduled to be broadcast on the 50th season premiere.

Jeff Fager, the executive producer of 60 MINUTES, has authored a book, 50 Years of 60 MINUTES, published by Simon & Schuster, a CBS company, available Oct. 24. An excerpt of it has been published in Vanity Fair. Fager and 60 MINUTES correspondents will appear at the 92nd Street Y on Nov. 6 at 8:00 PM, and a book signing will follow.

60 MINUTES’ longevity alone qualifies it as an unprecedented success; it continues to be the most honored news program and remains enormously popular with today’s audiences. 60 MINUTES has been a ratings hit since the late 1970s – a primetime feat that has made its ticking stopwatch synonymous with Sunday evenings to generations. By one metric, the cumulative delivery, which measures unique viewers who watch some or all of a program, 60 MINUTES was the #1 non-sports program on broadcast network television for the past 10 years. Its cumulative delivery for the 2016-2017 season was 107.75m viewers.

The CBS newsmagazine averaged 12.42 million viewers over its 49th season and made Nielsen’s Top 10 weekly list 22 times. 60 MINUTES was the only network newsmagazine to gain audience this season, finishing up +1 percent in viewers.

60 MINUTES’ unique and quality storytelling has enthralled audiences for five decades, all the while impressing awards juries. The CBS newsmagazine has won every major honor, including 20 Peabody Awards, 12 du Pont awards and a record 138 Emmys.

Do you still watch 60 Minutes? Will you watch season 50? Tell us what you think.