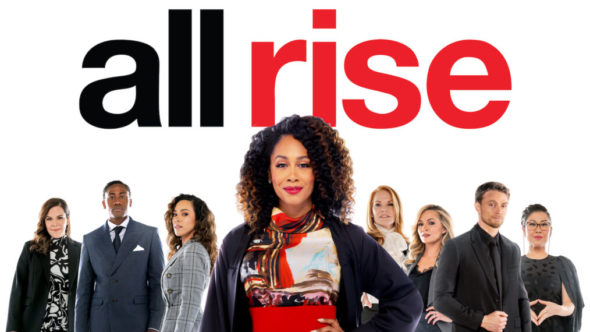 All Rise is returning soon for its third season on its new home. OWN saved the series after CBS cancelled the drama last year. Season three arrives on June 7th. The action will pick up six months after the second season finale.

“Today, OWN: Oprah Winfrey Network and Warner Bros. Television released the official trailer for season 3 of the courtroom drama, “All Rise.” The series returns on Tuesday, June 7 at 8 p.m. ET/PT on its new home of OWN. The new season picks up six months after the events of the sophomore finale on election night as Judge Carmichael awaits the results of her campaign.

“All Rise” is a courthouse drama that follows the chaotic, hopeful, and sometimes absurd lives of its judges, prosecutors, and public defenders, as they work with bailiffs, clerks, and police to get justice for the people of Los Angeles amidst a flawed legal system. Among them is ‘Judge Lola Carmichael’ (Simone Missick), a highly regarded and impressive former deputy district attorney who has shown she doesn’t intend to sit back on the bench, but instead leans in, pushing the boundaries and challenging the expectations of what a judge can be.

The first two seasons of “All Rise” are available to stream on HBO Max and Hulu.”

Check out the trailer for All Rise season three below.

What do you think? Are you excited to see season three of All Rise on OWN next month?

Awesome!! Thank you Miss Oprah! I LOVE this show and hated that CBS cancelled it.