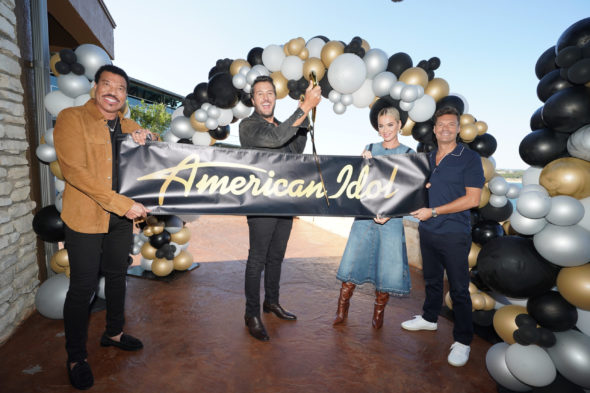 American Idol’s 20th season arrives on ABC in February and the network has released a teaser for the new season. This is the show’s fifth season on the network and the singing competition aired for its initial 15 seasons on FOX.

Luke Bryan, Katy Perry, and Lionel Richie are on the judging panel once again with Ryan Seacrest returning as host. Earlier this month, Bobby Bones indicated that he wasn’t returning as an in-house mentor.

ABC revealed the following about the return of the series in a press release.

Last season, ABC’s American Idol ranked as the No. 1 series in its two-hour time period for the second year in a row among Adults 18-49. In addition, American Idol finished among the Top 5 unscripted series last season with Total Viewers (No. 4).

Check out the first look of American Idol season 20 below.

What do you think? Are you excited about the return of American Idol on ABC? How long have you been watching this singing competitions series?

I watch on and off , another season ….yikes !