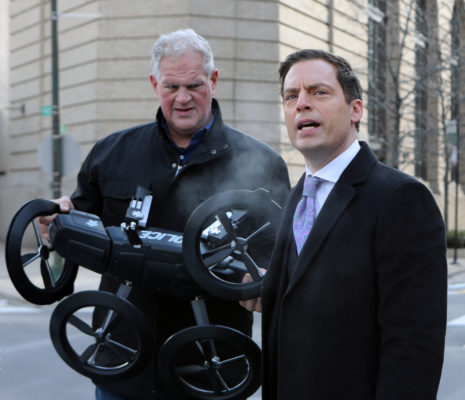 Earlier, we reported that FOX has cancelled the TV show APB after only one season. Now, co-showrunner Trey Callaway has reacted to the news.

On Twitter, Callaway posted a message thanking the fans, crew, and cast of APB. Take a look below:

What do you think? Have you seen APB? Are you sad it’s been cancelled?

Bring it back. I loved this program. Typical fox. Shut down before it has a chance

I was really sad that A P B cancelled, it was as good as YELLOWSTONE. Please bring it back!!

Incredible show with an Amazing cast along with a superb storyline! All of my friends & co-workers watched it. We Absolutely love it! It wasn’t even advertised & it spread by work of mouth. I hope Netflix or Hulu picks it up if Fox doesn’t. Please Bring It Back.

I came across this series by accident and I loved it, I’m from the -UK and I never seen this advertised anywhere or even on any channel so I don’t know if it aired in the -UK but everyone I told about it love it too I think if it was advertised more this could of been a big hit

Sad to see it gone. Watched every episode… Bring it back!

I loved the series APB. Sad it never got a chance to shine, bc I feel like most shows they start off slow but by the end of the season; they leave us with the feeling I want more from character development and what’s going to happen next season. A shame Fox gave a real promising show, APB, the axe. A note to upper management of Fox that controls what shows stay or goes, please give the slow starters a chance bc you never know, they might be your biggest base of viewers. I find that in life if you… Read more »