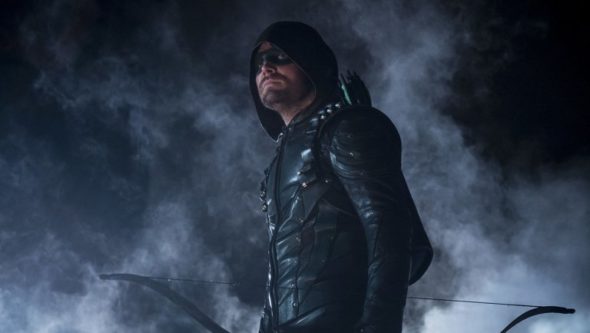 Oliver Queen and his team will get to continue their battle for justice. The CW has renewed their Arrow TV show for an eighth season for 2019-20.

Currently in its seventh season on The CW, Arrow is currently averaging a 0.43 rating in the 18-49 demographic with 1.29 million viewers. Compared to season six, that’s even in the demo and up by 2% in viewership. There was little question that Arrow would be renewed.

Today, The CW also announced that nine other TV shows had been renewed for the 2019-20 season: Black Lightning, Charmed, DC’s Legends of Tomorrow, Dynasty, The Flash, Legacies, Riverdale, Supergirl, and Supernatural. The fates of All American and Roswell, New Mexico have yet to be announced.

What do you think? Do you like the Arrow TV show on The CW? How long do you think this series should run?

I so love this show. I’m going through Arrow withdrawal waiting for the next season, lol.

I so love this show. I’m going through Arrow withdrawal waiting for the next season, lol.

I love watching Arrow
Keeps me in touch
What is next