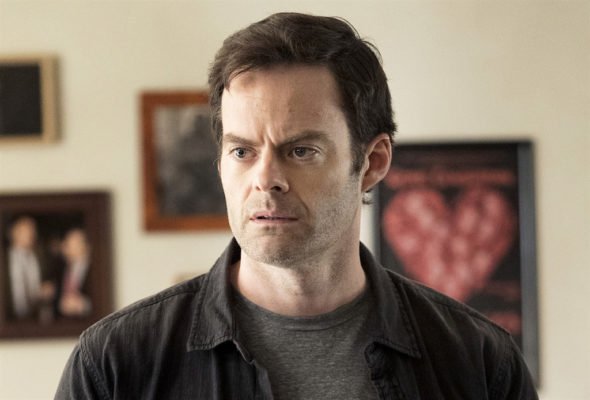 Barry hasn’t been killed of yet. Today, HBO announced they’ve renewed the TV show for a third season.

Although Barry doesn’t have the highest ratings, it’s not that surprising HBO has renewed the series given its critical acclaim. Season one nabbed the TV show two Emmys for Hader and Winkler’s performances.

Created by Alec Berg & Bill Hader, who stars in the title role, BARRY launched its eight-episode second season March 31. This season, Barry is attempting to untangle himself from the world of contract killing and fully immerse himself in acting. But while Barry has eliminated many of the external factors that pushed him towards violence, he soon discovers they weren’t the only forces at play. What is it about his own psyche that led him to become a killer in the first place?

Other Season 2 cast regulars include: Stephen Root as Barry’s handler, who is alarmed to contemplate a future without his primary source of income; Sarah Goldberg as a dedicated acting student who becomes the object of Barry’s affection; Anthony Carrigan as an unfailingly polite mobster; and Henry Winkler as a pompous yet endearing acting teacher who takes Barry under his wing.

What do you think? Have you seen Barry? Are you glad it’s coming back?

We love this show and can’t wait!

Hell yess! So good to hear its comming back for season. Its an amazing bad ass funny show. I feel its should be a short TV series and have a great closer finale, without it stretching and milking it till burns it out and making it repetitive ideas like a lot TV shows do

Love that Barry is coming back, one of the funniest, fresh and interest holding series on. It would have been really disheartening had HBO not renewed for a 3rd season.

We love the show. Henry Winkler has always been terrific right from Happy Days. Seen all his stuff. Thank you from some Aussie fans.

I’m breathing a sigh of relief that Barry is coming back for a 3rd season.

I am glad that the show is coming back I really enjoyed the first 2 seasons . When is it set to start in 2020?