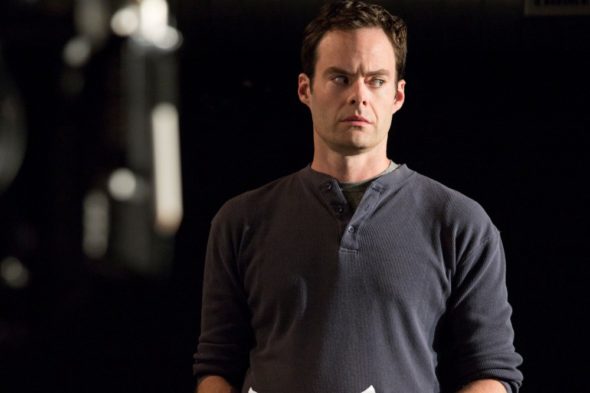 Hitman Barry Berkman’s troubles are far from over. Today, HBO announced that they’ve renewed their Barry TV show for a second season. There are eight installments in the first season but the number of second season installments wasn’t indicated.

The Bill Hadar show premiered on March 25th and only three episodes have aired thus far. In the live + same day ratings, Barry has averaged a 0.22 rating in the 18-49 demographic with 600,000 viewers.

From creators Hader and Alex Berg, Barry centers on Barry Berkman (Hader), a Midwestern hitman. The HBO sitcom also stars Stephen Root, Sarah Goldberg, Glenn Fleshler, Anthony Carrigan, and Henry Winkler. When his handler, Fuches (Root), loans him to Goran Pazar (Fleshler), of the Chechen mob, Barry travels to Los Angeles. There, he follows his target to Gene Cousineau’s (Winkler) acting class, and soon falls in love with the community and the idea of a whole new life.

Here’s more information about the show, from HBO’s renewal press release. Silicon Valley has been renewed for a sixth season.

Following the recent season premieres of both shows, HBO has renewed the comedy series BARRY and SILICON VALLEY, it was announced today by Amy Gravitt, executive vice president, HBO Programming.

“While BARRY has delighted audiences with its deft interplay of comedy and drama, SILICON VALLEY remains as brilliantly and frighteningly prescient as ever,” noted Gravitt. “We’re thrilled that these two smart, funny shows are returning for another season.”

Created by Alec Berg and Bill Hader, BARRY launched its eight-episode first season March 25. Hader stars in the title role as a depressed, low-rent hitman from the Midwest who finds himself drawn into a community of acting students while on a hit job in LA. He wants to start a new life, but his criminal past won’t let him walk away. Can he find a way to balance the two worlds?

The current season of BARRY, which concludes May 13, was hailed by TV Guide as “wildly original and sensationally entertaining,” while NPR termed it “the best new comedy on television”; the Washington Post described the series as “terrific” and Entertainment Weekly called Hader “phenomenal.”

What do you think? Have you been watching the Barry TV show on HBO? Are you glad that it was renewed for a second season or, do you think it should have been cancelled instead?