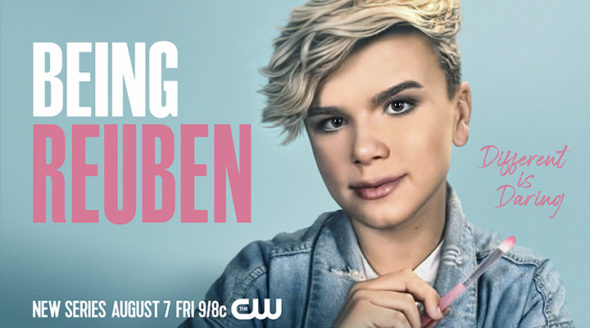 Young Reuben de Maid has established a big following on social media but, will that translate to big ratings for his Being Reuben TV show on The CW? Does his target audience even watch traditional television? Will Being Reuben be cancelled or renewed for season two? Stay tuned.

A UK reality TV series, Being Reuben follows a 14-year-old boy who loves makeup and is chasing his dream of becoming a make-up superstar. While juggling social media stardom with real-life squabbling siblings, Reuben de Maid became an internet sensation after shooting to fame following an appearance on NBC’s Little Big Shots. The Welsh teenager is a singer, influencer and make-up expert, and now has a high-profile career. In this docu-series, viewers follow Reuben as he grows into his glamorous new life, while still grounded in his reality at home in Wales with siblings Coco and Sonny, and his mother Vicky. The show spotlights a loving family that’s given their special teen the strength to stand out.

9/12 update: You can see the latest night’s ratings in context.

What do you think? Do you like the Being Reuben TV series on The CW? Should it be cancelled or renewed for a second season?

I did not realize this was on TV. The description looks like a snooze. Maybe a Quibi show?

I was not entertained with the first episode of “Being Reuben” as I have been with the many other Reality based television series I have watched over the years. As much as the commercials were leading up to the premiere, I can see why they left so much out that was actual show footage and only showed “snippets”. I do hope Reuben de Maid makes a wonderful career in what he does, It just isn’t going to be in a reality series….yet.