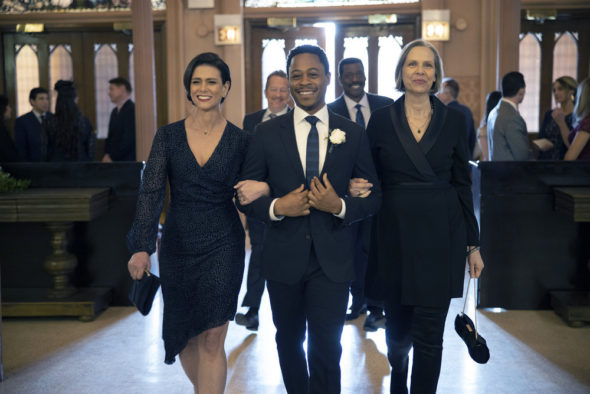 Someone is going to have more screentime around Firehouse 51 in this upcoming season. Daniel Kyri joined NBC’s Chicago Fire series during its seventh season and his character, rookie firefighter Darren Ritter, has been seen in nearly every episode since then. Now, the actor has seen his recurring role upped to series regular.

“Very excited Daniel is going to be a series regular this year. Ritter has become a big part of Firehouse 51, and Daniel plays him with a sincerity and depth that always makes the room excited to write for him. Expect to see some big Ritter action in Season 9.”

Kyri’s character came out during season eight of Chicago Fire, and Ritter spoke about that happening. He said the following:

“You go into something like this and try not to have expectations. Watching the scene felt personal because it felt like I was the one coming out to the world on national television.”

Season nine of Chicago Fire is set to premiere on Wednesday, November 11th.

What do you think? Are you a fan of Ritter on Chicago Fire? Are you excited to see more of him on the NBC drama series?

My wife and I are huge fans of Chicago Fire and are thrilled that they will be back soon. That will help bring some normalcy back to our lives.

Yes, he’s a good addition to the cast and the 51 crew.
I commend you on how you had him come out, and not totally focus and glorify it as other fire-related shows have.
The others stress diversity, but it gets overwhelming, to the point that you have to ask yourself if anybody in the station is straight!
Your writers are fantastic, especially smoothly crossing over characters and stories.
Looking forward to the new season, and many more!
Wednesday night in my house is one Chicago night from 8 until 11:00.
Keep up the good work!

The dog, Pouch is straight

I hope the dog, Pouch, will be a regular too.