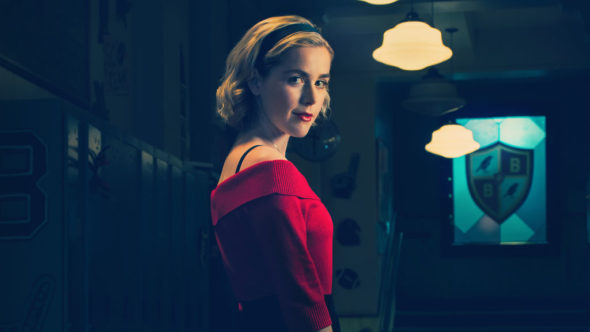 Netflix shared the following about the final episodes of Chilling Adventures of Sabrina:

“Over the course of Part 4’s eight episodes, The Eldritch Terrors will descend upon Greendale. The coven must fight each terrifying threat one by one (The Weird, The Returned, The Darkness, to name a few), all leading up to… The Void, which is the End of All Things. As the witches wage war, with the help of The Fright Club, Nick begins to slowly earn his way back into Sabrina’s heart, but will it be too late?”

Check out a trailer for part four of the series below.

What do you think? Are you excited for the return of Chilling Adventures of Sabrina on Netflix? Will you be sad to see the series end?

I am so sad to see the series end. I heard that there is a rumor that the show runners are looking for a new network or other streaming services. I hope they are successful.